‘Space Discovery’ is an interactive augmented reality app that as built to work in conjunction with the latest season of ‘Stargazing Live’.

Hosted by Professor Brian Cox and Julia Zemiro over three nights from Siding Spring Observatory in NSW, the series immersed audiences in a celebration of the night sky, focusing on features best experienced from Australian soil. Each episode explored a unique thematic focus, with episode one focusing on the solar system, episode two examining deep space, and episode three looking at space exploration.

When we build augmented reality applications, we like to distill down the core “Why” to instruct us on what functionality to build. The application is primarily a second screen experience so we challenged ourselves to find a way to connect the audience directly with the hosts. While the show was live, users were given a tour of how the International Space Station was constructed. Our application allowed the hosts to touch a part of the virtual station and instantly in users' homes the augmented reality version flashed and animated into life. It instantly changed users' perceptions by making them part of the live experience. 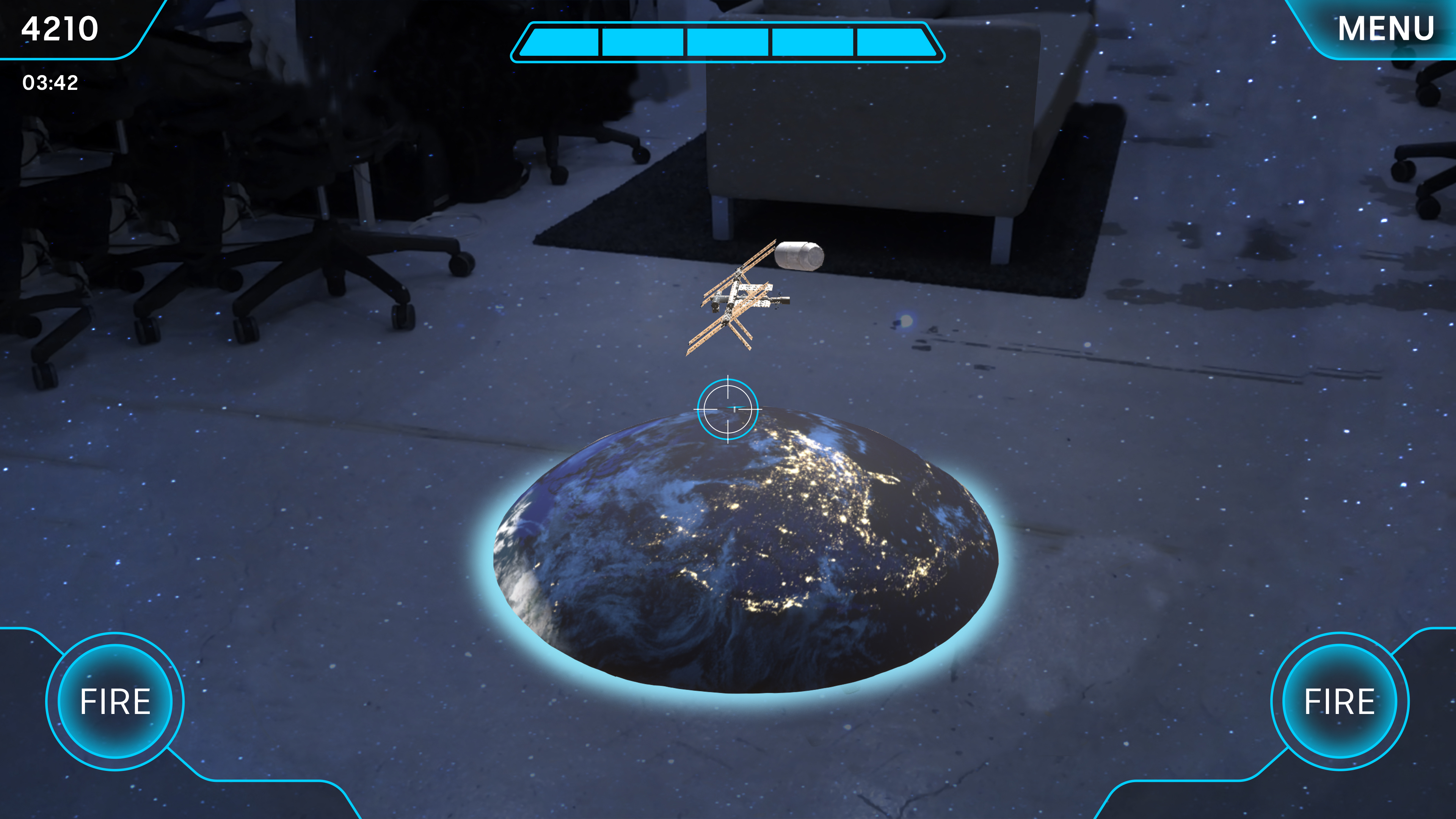 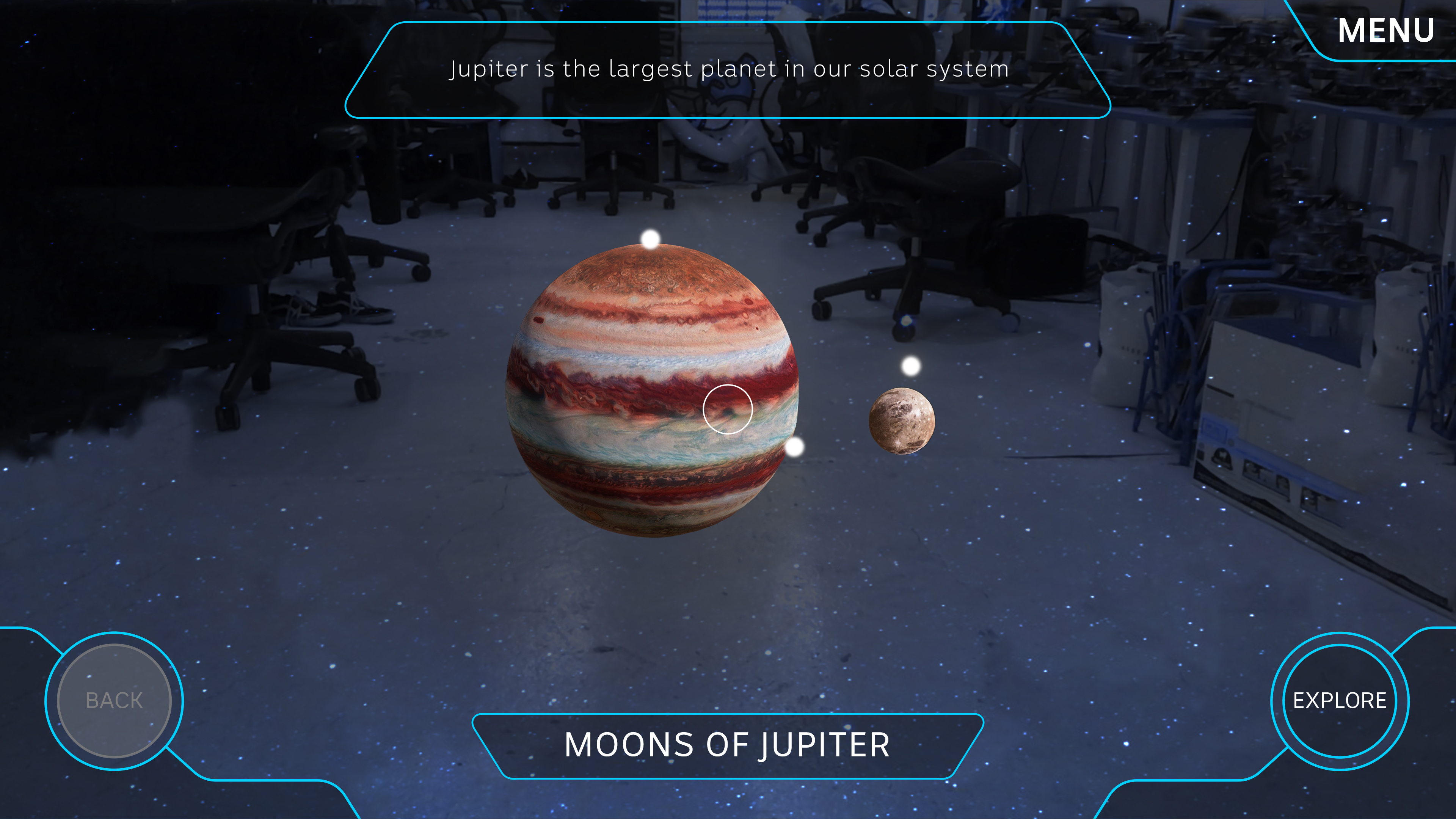 To extend the life of the application beyond the live broadcast, we designed additional educational experiences wrapped in fun AR games.

Kids are able to remote control various spacecraft as they assemble the I.S.S, testing their memory of the live broadcast. Jupiter is able to be explored in detail and allows users to listen to the sound of the magnetic field. The growing problem of space debris is highlighted in a fun AR game that allows users to use lasers to destroy the junk and protect the I.S.S.

To shoot some space junk, go to the Apple App Store or Google Play Store.