We built Flume and Intel a fully autonomous robotic orchestra.

Intelligent Sounds was a musical tech installation and film project for Intel that spoke to a number of our values here at Nakatomi. This particular project pushed boundaries and melded disciplines to explore new innovative terrain that sparked a lot of joy for us. Alongside Intel, Flume and The Monkeys, we were tasked with designing and building a fully autonomous robotic orchestra that showcased the power and adaptability of a new range of processors targeted at the Android market.

The orchestra was built entirely by Intel-powered tablets and consisted of over 10 individual robotic instruments, including an autonomous xylophone, piano, trumpet, french horn and five piece drum kit. The instruments were built in collaboration with Flume, who oversaw their development and captured their sound to create sounds for his track “The Greatest View”. Flume then provided us with the 17 music tracks, where each track was pre-programmed into its corresponding robot and orchestrated by “Felix” who was the Intel powered Conductor. With the stroke of a conductive fingered robot arm, Felix would tap one of 10 tablets in front of him that would trigger the corresponding instrument. 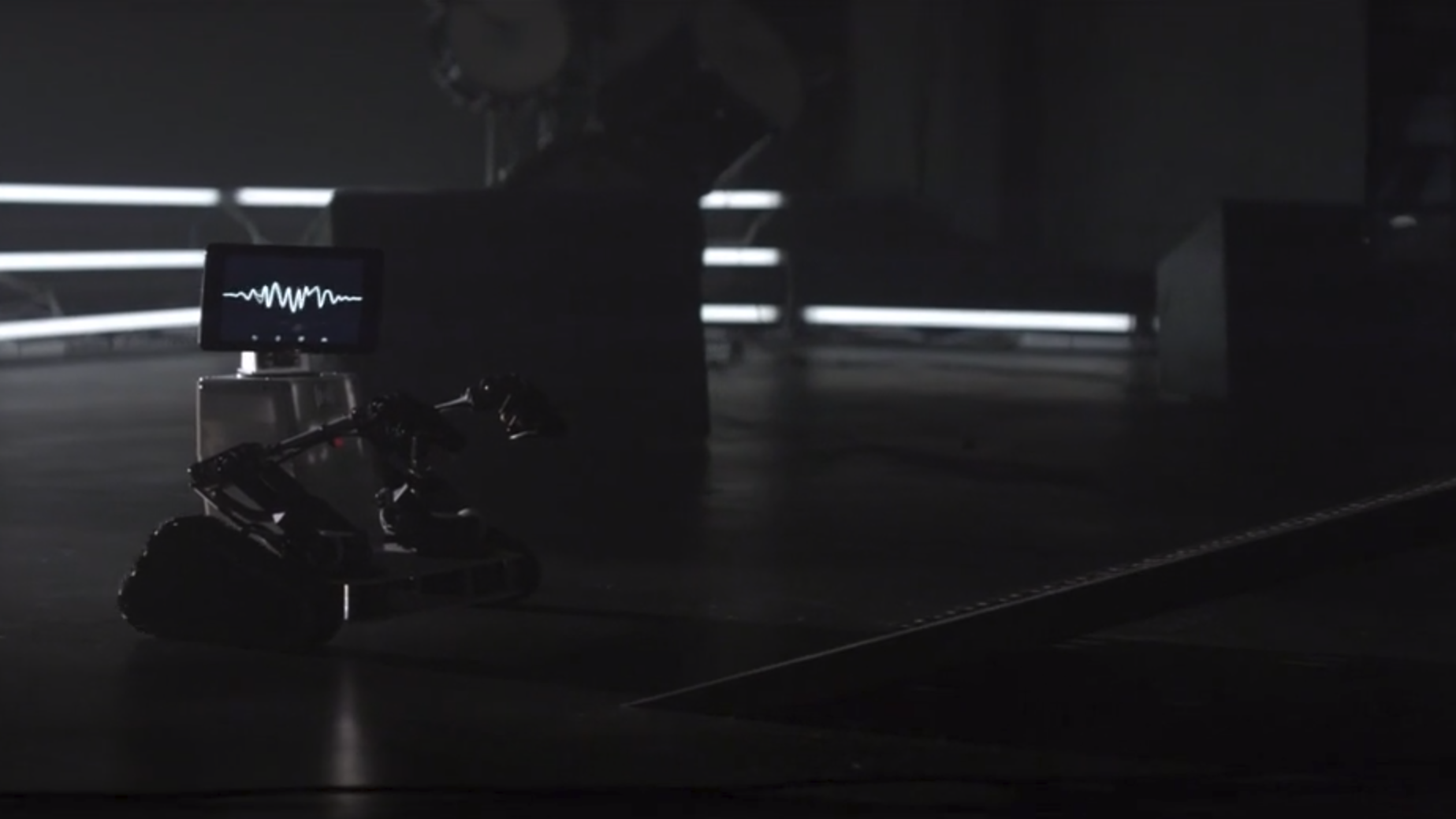 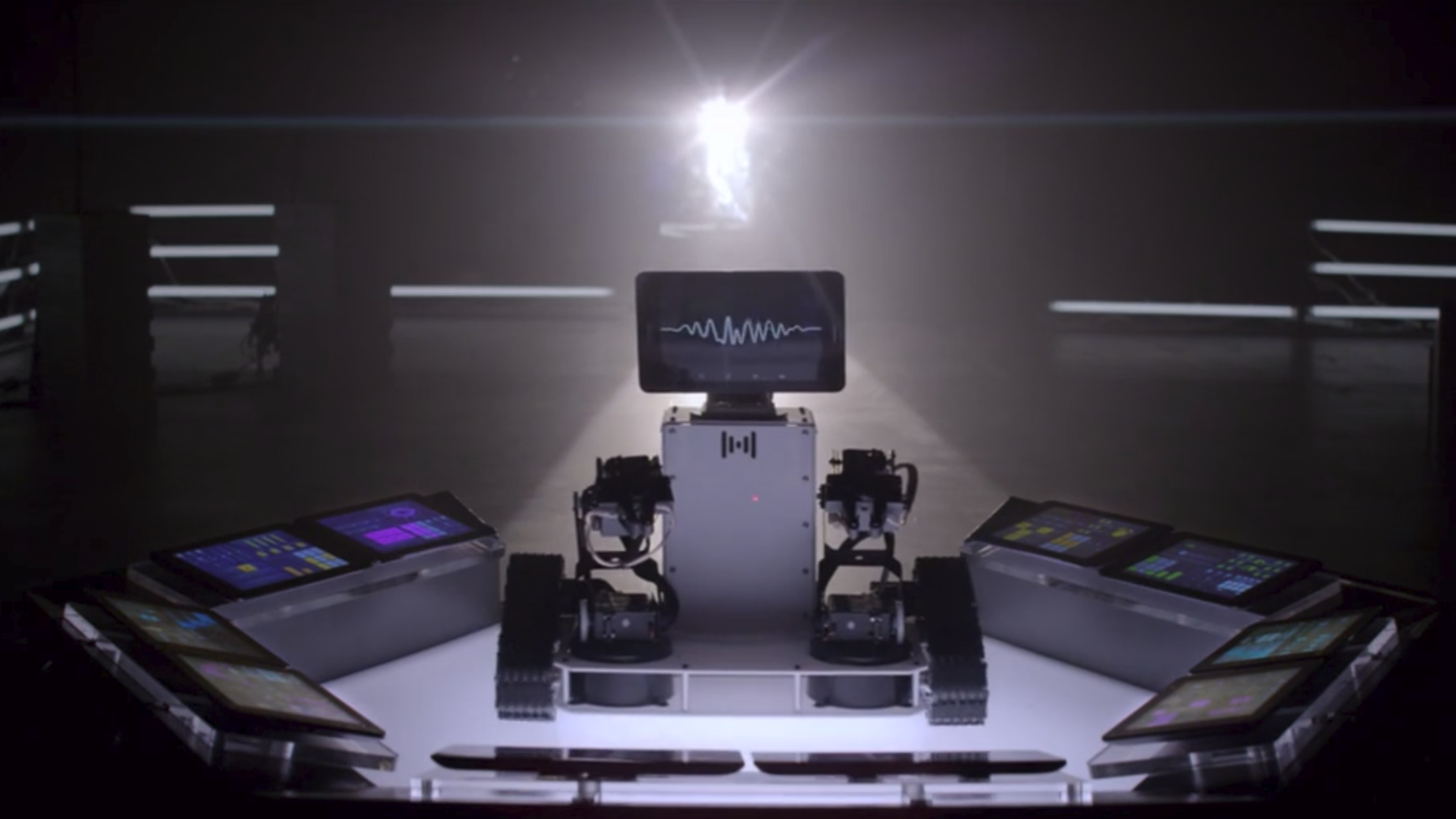 Intelligent Sounds features robots bringing both traditional and digital musical instruments to life in an inventive music video. The robots were built in-house at FINCH from scratch and this was a steep learning curve for us. The process of custom-designing and fabricating each element out of laser cut and 3D printed materials took over 2000 developer hours on a 10 week deadline.

Several apps were designed to listen for sound frequency and volume and to react to certain triggers, creating equaliser and waveform effects on the faces of the tablets. A video sync app programmed all the robots to hit the notes simultaneously in a track composed by Flume exclusively for the campaign. The tablets were used as instruments themselves — those loaded with Xylophone and Mini Plucker applications were positioned on a plinth in the exact spot where mallets could hit the required, synthesised notes.